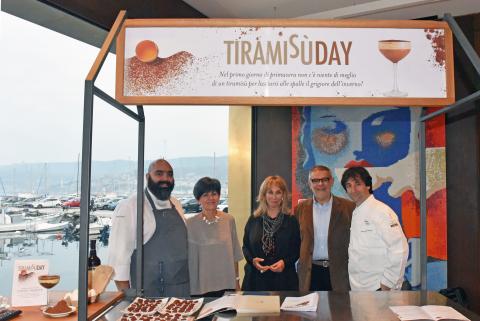 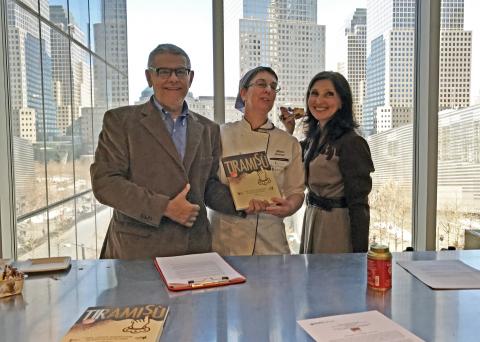 “Food days” celebrate almost every day in the world a product, a plate, or a food. And what about the tiramisu? Nobody imagined it. From this thought, and after the success of our book “Tiramisu. History, curiosities, interpretations of the most beloved Italian dessert” published by Giunti in mid-2016, the idea came to our minds. The partner of the first edition was Eataly, in 2017, with two "historical" events in the stores of Trieste, in Italy, and in New York City Downtown.

Why we should celebrate #tiramisuday on March 21st?

The obvious answer is March 21st, because there is nothing better than a tiramisu to celebrate the arrival of spring and leave the grayness of winter behind.

After all, there are so many delicious days. Still this is the sweetest. In the United States the National Peanut Butter Day is celebrated on January 24th. Even if many people may prefer the World Nutella Day, that the American blogger Sara Rosso launched on February 5th since 2007.

So the "food days" have entered our lives: they are a fun way to celebrate a plate or a popular product, with special dinners at home or restaurants, enlivened by Tweets and Instagram pictures.

Many of these days aim at making people to think about the value of the food, such as the World Milk Day, commissioned by FAO and the United Nations on June 1st, or the International Coffee Day set Sept. 29th. In 1994, the Vegan Society established on November 1st the Day of vegans, while in 1995 the Congress of the pasta industry decided to celebrate the World Pasta Day on October 25th.

There are also goliardic initiatives such as Bagna Cauda Day, which includes a kiss at midnight, created in 2013 in Asti. 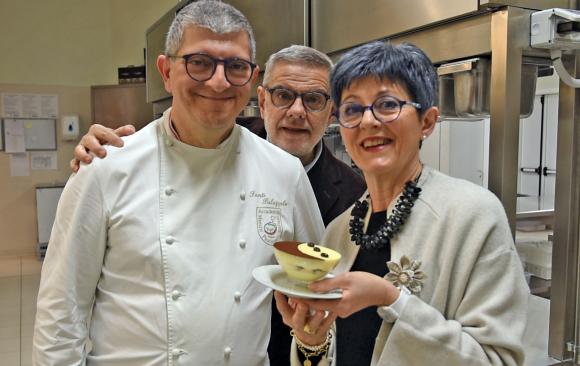 In 2018 Enrico Panero, Executive chef of Eataly, studied, elaborated and proposed the "Tiramisù Eataly" version. A project following the one of "Spaghetto Eataly" presented in the spring of 2017: the "Tiramisù Eataly" will be presented this year, on March 21st, in occasion of #tiramisuday, and then available in all Eataly in Italy and Europe. On March 21st, some of the most followed food influencers of Turin, Milan and Rome will compete in gluttonous contest dedicated to #tiramisuday and #tiramisueataly. All the influencers involved will receive at home the kit with fresh products to make the "Eataly Tiramisu" and will be able to experiment and share Chef Panero's recipe on social networks.

However in 2018 the key moment will be at FICO Eataly World, the largest agri-food park in the world and symbol of Italian food, which on March 21 at 12pm will celebrate #tiramisuday through an initiative launched by Oscar Farinetti and organized by Clara and Gigi Padovani: Treviso and Friuli will compete with a show cooking and an original and extraordinary challenge up to the last spoon of sweetness. The mayor of Treviso, Giovanni Manildo and the mayor of Tolmezzo (Ud), Francesco Brollo, will be present with their teams of pastry chefs.

Why Treviso and Tolmezzo? These are the two cities that historically compete for the merit of having sealed the success of the tiramisu. In the Friuli region, at the Hotel Roma in Tolmezzo the chef Norma Pielli put the tiramisù in the menu in 1959, inspired by a recipe by Pellegrino Artusi. But the Marca Trevigiana has launched it beyond the national borders, thanks to the Le Beccherie restaurant, where Loli Linguanotto and Alba Campeol created their "tirame su" in 1970.

But the story of #tiramisuday has just begun: who wants to join can do it in restaurants, at home, in the bistrots ...