A compelling story summarized in twenty curious and funny facts, that you would have never suspected. And if you have other questions, please send them to info@claragigipadovani.com

1. From Friuli or Treviso? It is the controversy that has divided two regions (Friuli and Veneto). All the books so far have written that the tiramisu was born in the “Beccherie” of Treviso (Veneto) in 1970. It is true. But between 1940 and 1950 in Pieris, near Trieste (Friuli), a custard dessert called "Vetturino Cup Tirimesù" was created by chef Mario Cosolo. And there is evidence that in 1959 in Tolmezzo, Carnia (Friuli), the chef Norma Pielli of Hotel Roma served to customers her tiramisu in tin with ladyfingers, coffee and mascarpone cream. And the “Veneti”? They spread Tiramisu around the world, especially from Venezia with the restaurant "Ai do forni”. 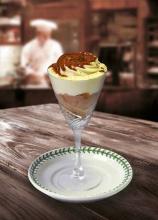 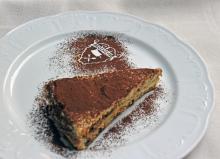 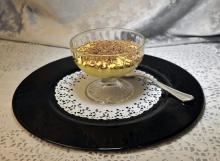 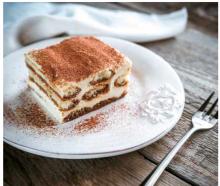 2. In a brothel. It is the most "creative" story on the birth of tiramisu. Do you remember the movie by Pietro Germi, "Lord & Gentlemen", filmed in 1965 in Treviso? There are so many love affairs in that pleasure-loving province, where the myth of a cake created in a brothel “Calle dei Dall'Oro” was born. At the end of World War II the madam of the brothel would have improvised the tasty dishes using what she had in the pantry: eggs, coffee, sugar, Marsala wine and biscuits. Zeno Giuliato wrote about this story in his book "Stories of Zeno." A nice story, but there is no evidence.

3.  The ancestors. The first custard dessert that could be the origin of tiramisu is the "Zuppa Inglese", born between Ferrara and Reggio Emilia in the eighteenth century. In 1834 the book, by Vincenzo Agnoletti chef at the court of Parma, reports this fact. Then, the "Dolce Torino" by Pellegrino Artusi came in 1891. But still in 1569 the "trifle", the English dessert loved by housewives, has been cited. In English the word "trifle" means joke, and it was a recipe for manufacturing a "charlotte", a creamy dessert. 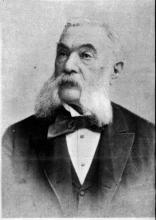 4. The mascarpone cream. Lombardia is also among the Italian regions claiming to be the birthplace of tiramisu. Because in Lodi area, a few kilometers from Milan, there are the earliest traces of mascarpone, the cheesy key ingredient of tiramisu. It used to be eaten at Christmas, with “panettone” and sprinkled with cinnamon. It is made by coagulating the cream at 91 ° C with a little bit of citric acid. In Lodi there are still artisan companies that produce it, but in the seventies the “Polenghi Lombardo” distributed this specialty nationwide, enabling to create everywhere the greedy traditional tiramisu. 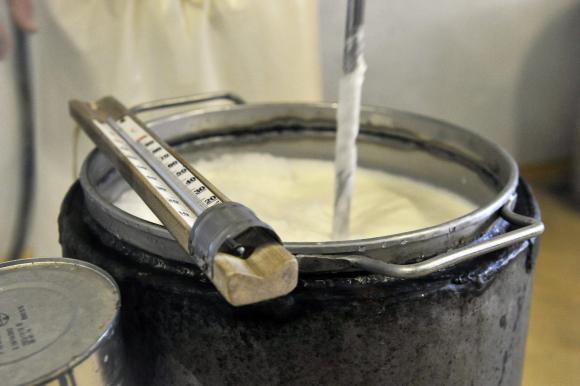 5. Savoiardi. These finger-shaped cookies (so that in English they are called "lady finger") were born in Turin, at the Savoia Court. The chef of the King Vittorio Emanuele II, Giovanni Vialardi, in his 1854 book called them "biscotti alla Savoiarda". As they are spongy - like the sponge cake - they are suitable to absorb liquids and therefore perfect for custard desserts. But this is not a reason to argue that the tiramisu is from Piemonte, as many have believed. In fact the ladyfingers are only one of the ingredients.

6. Since 1983 in the dictionaries. The introduction in the Italian language of this word has been very fast. The first Italian vocabulary that certifies its existence, almost simultaneously with its appearance in cookbooks, is Zingarelli, who wrote: "Dessert made from sponge cake soaked in coffee and layered  with a cream made of eggs mixed with mascarpone, sugar and whipped cream, all covered with a little bit of chocolate powder and served cold". In 1989 also the Oxford Dictionary introduced the word tiramisu.

7. In 23 languages. Many terms of Italian cuisine have become international: pasta, pizza, espresso, spaghetti. The “Academia italiana della Crusca” has certified that tiramisu is now present as "Italian gastronomic term" in 23 different languages. And in China is the most clicked Italian word on the web. “The taste of words travels with the food.” 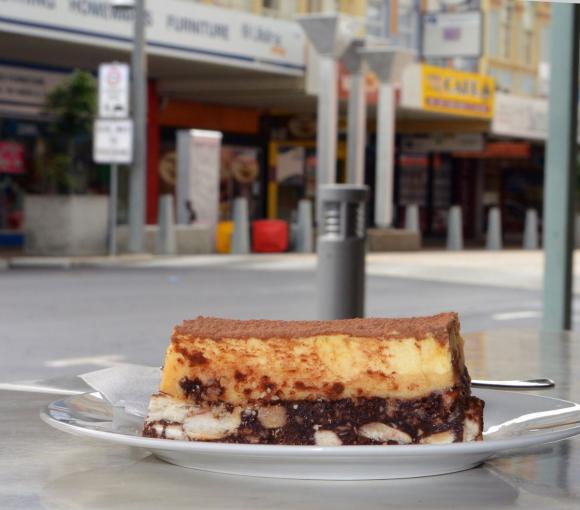 8. In the space. The Italian astronaut Luca Parmitano in 2013 asked for a special menu for his stay in orbit with the Russian spacecraft Soyuz TMA-09M ESA (the European Space Agency). And the Turin chef David Scabin, of the Combal.Zero restaurant, satisfied him with a dehydrated tiramisu, put in envelope by Argotec. Higher than that ...

9. The Gemona record. Do you know where the world's largest tiramisu has ever been prepared?  In Gemona (Udine), Friuli Venezia Giulia: 3015 kg of delicacy certified by Guiness World Record. 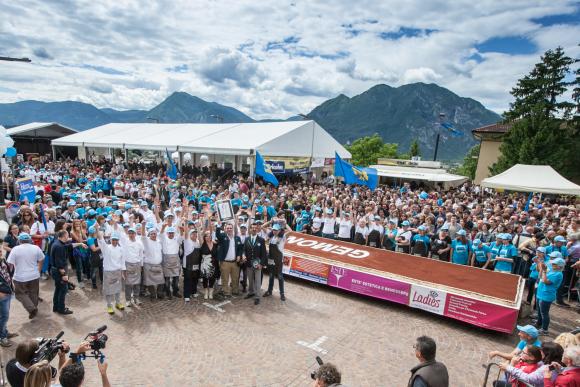 10. I Maestri dell’Academia pastry chefs. The prestigious association of pastry chefs, created by Iginio Massari in 1993, organizes every year a public symposium that offers all the "state of the art" of their activities. In 2011, in Parma, the meeting was dedicated to the tiramisu, a "competition" between the white jackets of the Italian Pastry Masters. Needless to say, Massari won. 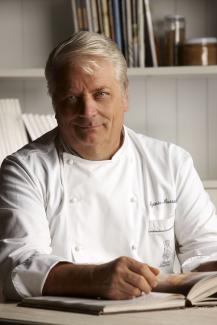 11. The virtual chefs. There is an association of chefs called GVCI, Virtual Group of Italian Chefs, grouping 2200 figures of the Italian cuisine working abroad in nearly 80 countries on an Internet platform. Each year they present in their restaurants a plate of Italian tradition. In 2013 the tiramisu has been chosen, and it has been prepared in a hundred different versions.

12. Tiramisuday. Each food has a celebration day: the World Pasta Day is October 25th, there is the World Day of Milk convened by FAO on 1st June, in Asti people organize in late November the Bagna Cauda Day. But the tiramisu did not have "its" day. With the support of Eataly it will be celebrated on March 21st all around the world: we will be present in the stores of New York and Trieste. In the first spring day is there anything better to get out of the dullness?

13. An American film. In 1993 the movie "Sleepless in Seattle”, starring Tom Hanks and Meg Ryan, raised awareness of the tiramisu in the US. A friend of Hanks, in the movie the inconsolable widower, says a magic word in Italian, "tiramisu", to advise him to rebuild his life. 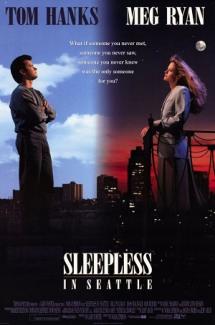 14. In Japan. In 1990 the magazine "Hanako" published eight pages dedicated to restaurants in Tokyo serving a good tiramisu. From that moment on the young women of the Rising Sun prepare it with love to their boyfriends.

15. Many signs. In the world there are dozens, perhaps hundreds of venues or restaurants that bring the magic word in their signs. As in the United States: San Francisco, Miami Beach (called "Tiramesù", created by Treviso people), in Washington D.C., in New York City. But also in the East, in Dubai, Pakistan, Vietnam. And of course in Europe, from France to Germany to Italy. 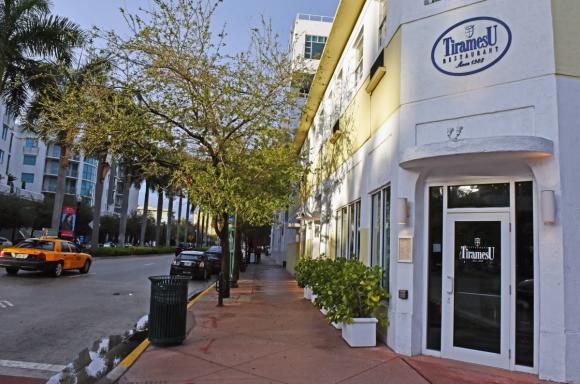 16. Stairs and cosmetics. The tiramisu has become a media: many companies have used this word to name objects, like a famous staircase of Kartell, or hair color or beauty products.

17. In the movies. There are many movies that used the tiramisu as a keyword, in only one scene or even in the title. The last film, Italian, is precisely titled "Tiramisù", directed by Fabio De Luigi: a comedy, a metaphor for a country that indulges in small family corruption. Then there is a Chinese movie, from director Dante Lam in 2002, which probably contributed to the awareness of the dessert among young people (it's a love story), and finally there is the work of the Dutch director Paula van de Oest: even in this case it is a romantic story.

18. Glutton quotes.  Journalists, columnists, writers used the tiramisu as a metaphor or love-call. Chiara Gamberale, in his "Per dieci minuti," Enrica Tesio in "La verità, vi spiego, dell’amore” and Marco Malvaldi in "Odore di chiuso" (with poetic license on the dessert dating). But there are also two British authors who go crazy for our dessert: Carole Matthews and Helen Fielding. 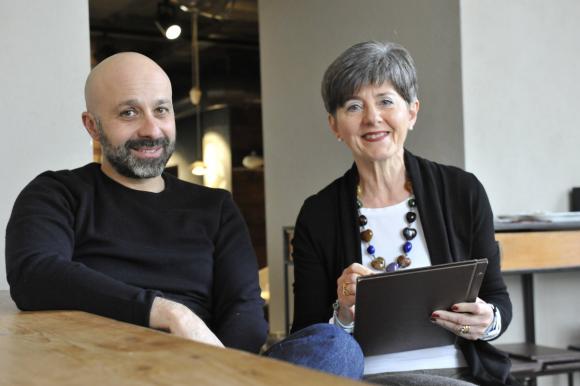 20. Recipes not just desserts. Everyone has its own interpretation. In the book Clara realizes 17 different versions, from the "Romanian" tiramisu with rose jam, to the "Torinomisù" with breadsticks or "Pescamisù" with codfish What about yours? Send us your recipe by e-mail to info@claragigipadovani.com. 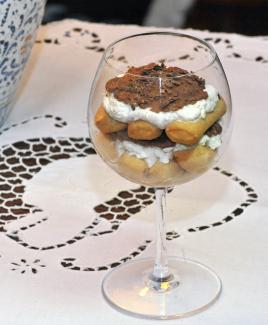